I befriended owner Vic Teran when he opened the school in the heights a little over a year ago. Vic is Marine Corps Veteran and former U.S State Department – High threat Diplomatic protection overseas officer.

When he returned to the states and opened his studio, his goal was to provide a positive haven for inner-city and underprvileged children to learn leadership, perseverance, team work and self worth. The Academy offers Taekwon-do, TRX, Bootcamp, Yoga, Zumba, Core training (Kickboxing), and self-defense—which will be my next class after getting mugged on my block!

Vic will take it from here:

Our short term goal for the program is to provide a one year scholarship to 50 inner city kids. Long term, I wish to provide this program as a continuous affordable, publicly funded service to the underprivileged children of Jersey City and surrounding impoverished areas.

At the academy, students will learn the tenets of Taekwon-Do: Courtesy, integrity, perseverance, self-control, indomitable spirit, honor, courage and commitment. My goal is to give a haven where I can share my experience andserve as a role model for others to emulate. With every donation, you are helping shape a child’s life. Let’s create a better future and great leaders by focusing our positive energy onto these young children. Every child deserves to start over.  Join our team and help us give back to the community by reaching out to children and giving them a location where they can learn self-value and taking them off the streets!

Learn more about the effort and donate here.

International Taekwon-Do Academy is offering free fitness classes this weekend, Jersey City! Saturday, May 31st begins at 2:30pm with a TKD demo, then cardio kickboxing and zumba. Read about the weekend-long event here.

Sweat it out,
JCG 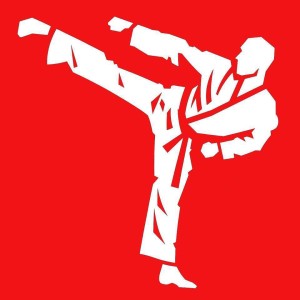 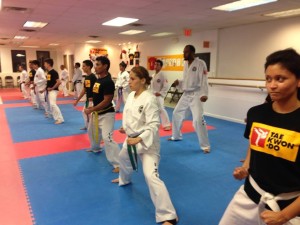