Surf City: Movies On The Beach 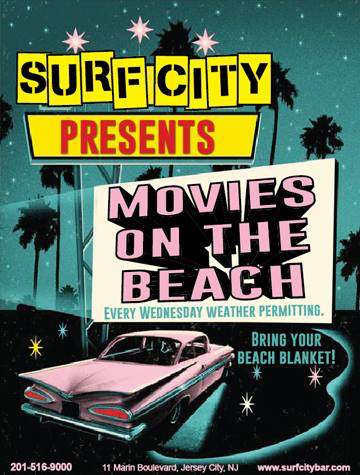 As if the popularity of Jersey City didn’t expand our summer movies program enough, mega beach bar Surf City has started their own “Movies on the Beach” program to celebrate the last three weeks of the summer season. Enjoy these cult classics the next three Wednesdays!

Get cozy in the sand!
JCG

Holiday!, This Weekend in Jersey City

Too many hours in the sun this Fourth of July Weekend may encourage some air-conditioned hours inside.

When you need some downtime this weekend from sunning, swimming, fire-working, bbq-ing, dancing, drinking and otherwise celebrating, here are some festive flicks courtesy of Redbox:

Chill it out,
JCG