Liberty State Park, The Waterfront, This Weekend in Jersey City 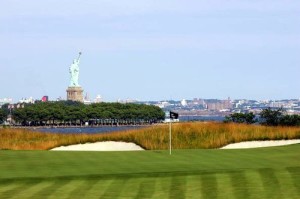 Jersey City Residents: Be awesome this week and volunteer at one of the most amazing golf courses in the country, Liberty National, as they prepare and host the Barclays playoffs this Thursday-Sunday. They need help starting today and throughout the weekend tourney which supports the American Association for Cancer Research.

Related: CBS Documentary on PGA Tour: Playing With A Purpose 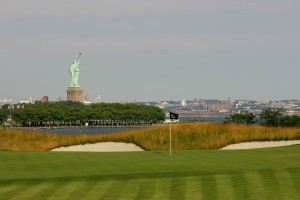 This afternoon, Rising Tide Capital’s (RTC) co-founders Alfa Demmellash and Alex Forrester will be featured in a documentary, “PGA TOUR 2013 Playing with a Purpose presented by Barclays.” Tune in to CBS at 1pm to watch “Playing with a Purpose,” a special narrated by sportscaster Jim Nantz that will highlight some of the ways players and tournaments on the PGA TOUR have used charitable contributions to make a difference in their communities.
The story will include insightful interviews with two Jersey City entrepreneurs who graduated from our Community Business Academy: Angelo Stracquatanio, CEO and founder of Mainstreet Apps, and Angela McKnight, CEO and founder of Care about You.
The show will air in the lead-up to The Barclays, an event on the 2013 PGA TOUR which will take place at New Jersey’s Liberty National Golf Course in Jersey City. New Jersey City Mayor Steve Fulop selected RTC to appear in the documentary to represent Jersey City.
“We are honored to represent Jersey City, and grateful to have this amazing platform to share Rising Tide Capital’s work and mission,” said CEO Alfa Demmellash.
Watch the trailer here.
(All content courtesy of Shanea Phillips at Rising Tide Capital)