Jersey City: If you are in the market for a pet, or even just love being around them, don’t miss your chance to meet adoptable dogs and cats this Thursday, April 27th.

From 4-7pm, Bideawee‘s Mobile Adoption Van will be parked outside the Grove Street PATH Plaza — with the help of partner Furnished Quarters — to introduce you to cats and dogs of all ages looking for a home.

All animals are spayed/neutered, vaccinated, behaviorally-tested and ready to become the newest addition to your family. Bideawee’s experts are more than willing to help you “match” with a pet that will fit your lifestyle.

Meet new furry friends and perhaps “the one.”
JCG 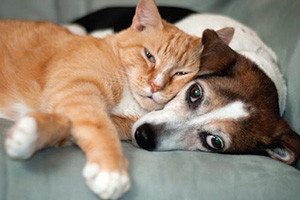 Art House Productions is hosting “Late Night Curiosities.” Arrive in costume at 1 McWilliams Place, 6th floor, to find out what it’s all about. $5 at the door. Prizes included. More info here.

Corkscrew’s Halloween Party: Bust out your costume and head to the ‘Screw for candy, games and more. $5 drink specials (think: Red Devils, Witches Brew…and of course, pumpkin beers). There will be prizes for scariest, sexiest and best homemade costumes.

The Village Merchants Association (VMA) is treating shoppers to a variety of special deals including 10% to 70% off at participating stores, as well as a raffle that shoppers can participate in to win a $20 gift certificate to a VMA store of their choice.

Newport hosts a Halloween Pet Parade begins at 12pm at the Canis Minor pet shop (31 River Drive South). Most creative pup and owner will be announced at 2:30pm.

“The Ghost of Uncle Joe” Masquerade Rock ‘n Roll Ball Benefit is an all-day concert in Harsimus Cove Cemetery (435 Newark Ave.) beginning at 2pm. $10 donation for entry, but as I always say about this non-church affiliated, non-government property, please give more if you can. My last concert day here was a blast.

In the cemetery’s words: “Every month we need to raise between $2000 to $3000 just to operate and purchase equipment & supplies. If 300 people would donate only $10 each, we would be all set for the month!” Please help our amazing restoration work by contributing today at www.jerseycitycemetery.org.

This Sunday marks the last farmer’s market of the season at Riverview Fisk Park but it doubles as Halloween Dog Parade! I am luckily puppy-sitting my little sister Sheba this week, so we will be there. Arrive by 11:30am. Prizes will be awarded around noon. How festive!

Downtown Halloween Parade Bring your children dressed in their costumes for candy, face painting, pictures and a parade, which begins at 4pm at Gymboree and ends at the Grove Street Path Plaza at 6pm with a Halloween party.

LITM Halloween Party: Arrive in costume at 8pm to enjoy the festivities.

Orale Day of the Dead: Bring your costumes and your killer attitude for a party at Orale Mexican Kitchen including a DJ, mariachi band and my personal favorite, face painting. Prizes, too.

Trick or Treat to the JC Beat,
JCG 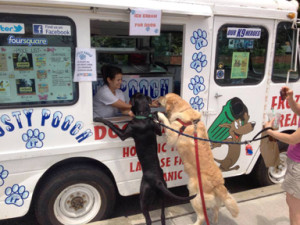 Stop by Club Barks (201 Marin Blvd.) on this gorgeous night from 6:30-8pm with your furry friend for an Ice Cream Social. Milk Sugar Love  is providing ice cream for people and Frosty Pooch is supplying frozen treats for pups. Everyone will make new friends!