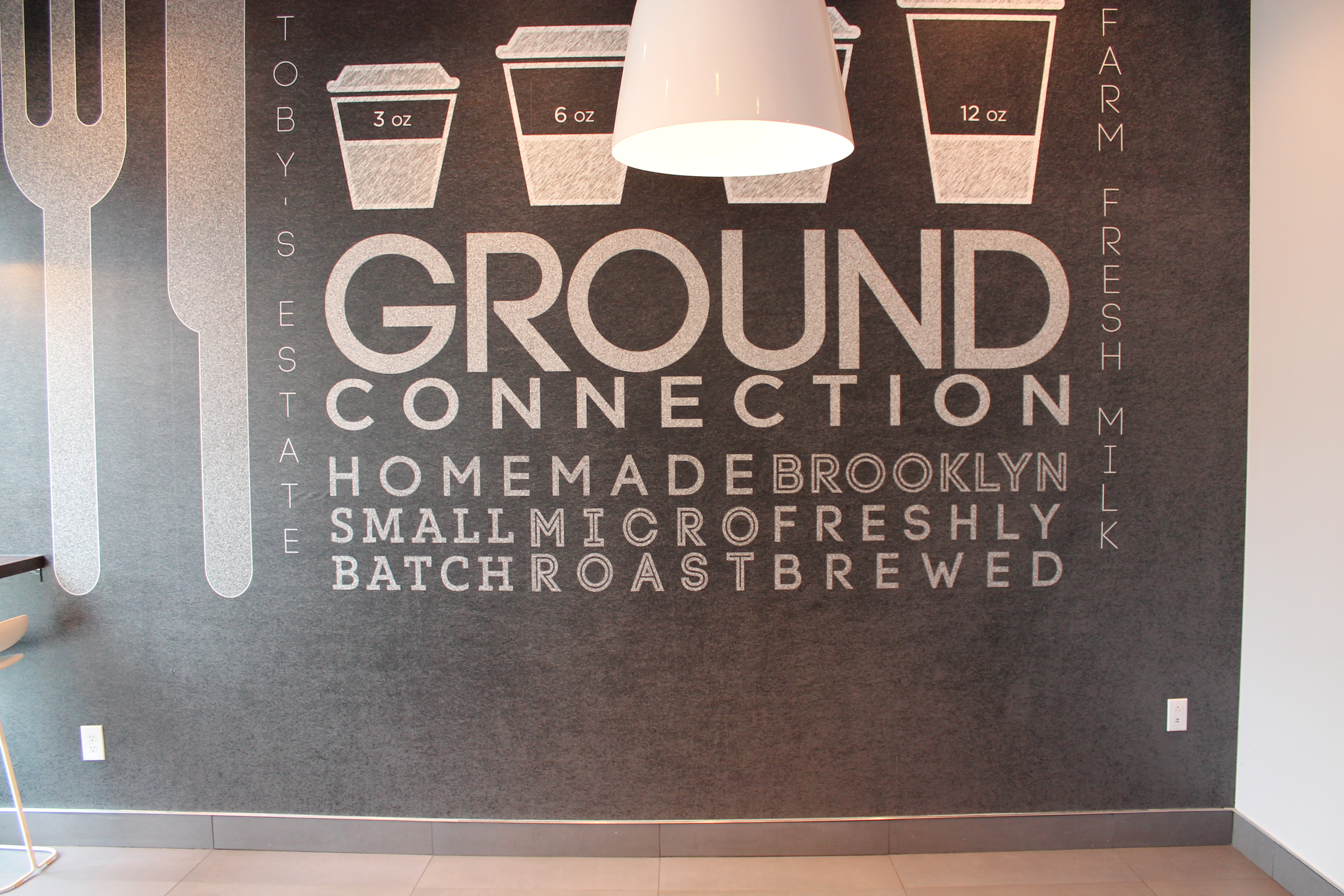 Owner Scott Gillman (of Jercey City’s Markers Restaurant) and director of the coffee program, Alex Mastrando, who is the head chef, went to different places in the city New York City “to see what was working and what wasn’t” in the coffee industry, while the head barista and store manager, German Chabur, visited Seattle and Atlanta coffee conventions to do the same.

The result is awesome “third wave” coffee in a fast-casual environment [Ed. note: “first wave” is mom-and-pop shops, “second wave” is Stabucks, et al]. “Third wave coffee means we are bringing it back to basics using real espresso with real machines and actually weighing everything properly,” says Alex as he shows me their Italian espresso machine, which is one of few in the U.S. and uses technology that just came out last year. 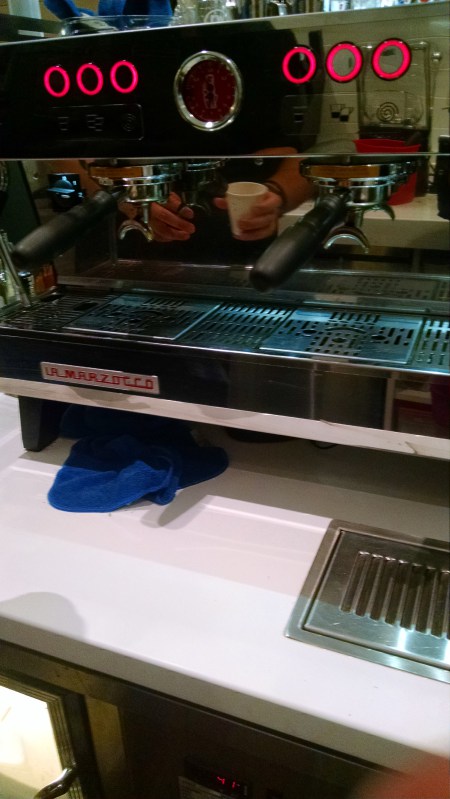 “You can go to a coffee chain, where the machine will weigh the coffee and the barista will push a button, but this machine can figure out the weight from the dry—it’s amazing technology,” says Alex. “The machine allows us to weigh exact grinds, program the weight, and create a ratio. So you give it the ratio, you give it the grind, and it automatically calibrates as it’s coming out. It gets that perfect ratio and its always going to be in balance. That allows us to keep our coffee consistent.”

German shows me how it’s done: “I’m putting 19 grams of coffee in here, because of the ratio we’ve already programmed into it, now it’s going to tear up, and it’s going to weigh the liquid we pour out in real time. This stops on its own. Whatever weight the coffee is with the ratio, it will stop pouring at that weight, because it weighs as it’s pouring.”

But, German adds, there’s still a human touch. “Everyone has their role,” he says. “One person will grind, I will tamp this myself, and someone controls the pressure of the beans.” 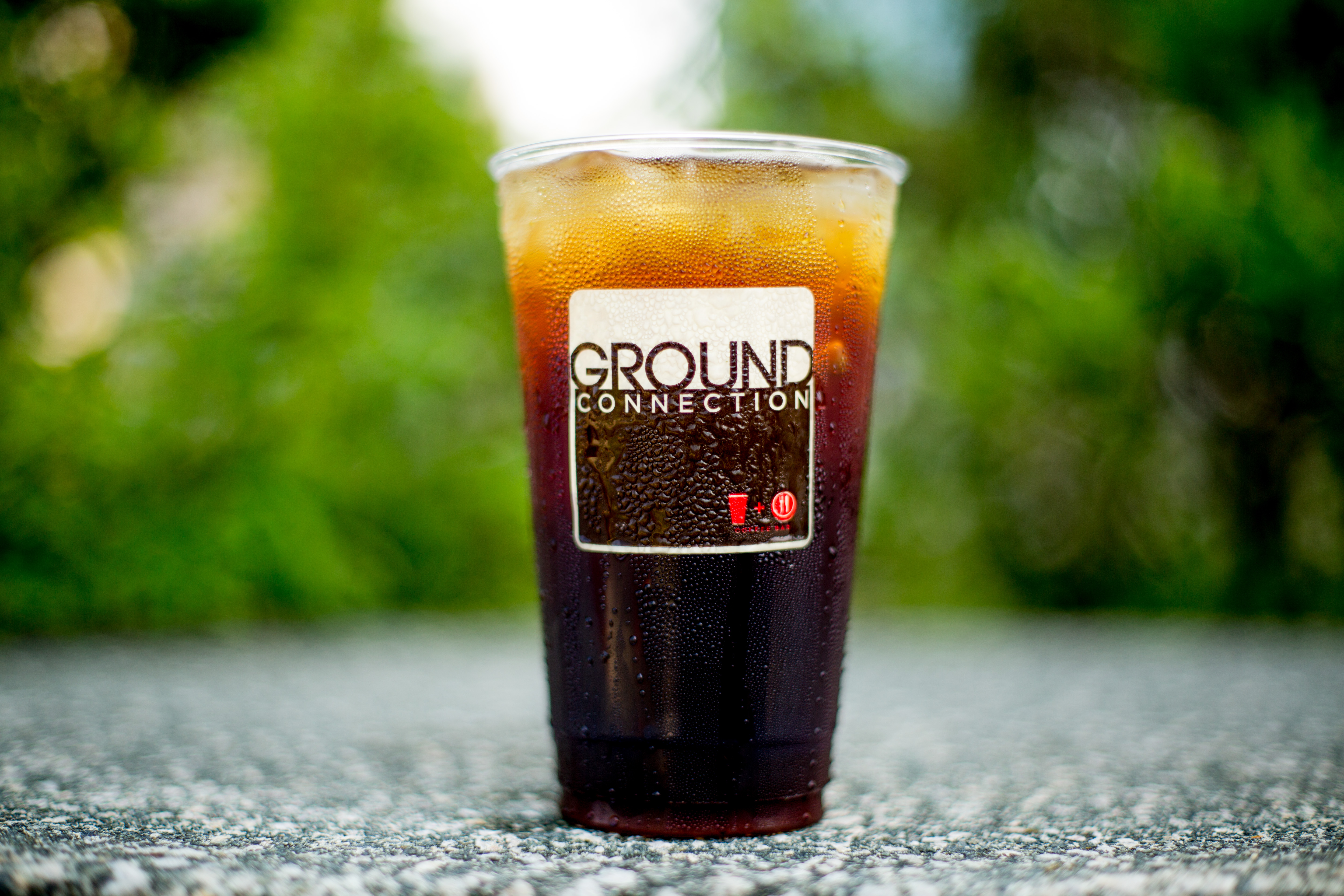 Ground Connection’s small batch coffee hails from Toby’s Estate in Brooklyn. “It’s great coffee, not over-the-top and roasted to standards of perfection,” says Alex. They have two different types of coffee: one only for espresso and one for their drip coffee and their cold brew. They also have a selection of teas, like lychee, green and hibiscus which they also cold brew.

I tried the nitro cold brew coffee. While I always drink my coffee black, German says they don’t recommend milk for this brew, which is brewed in the way Guinness beer is, with nitrogen in the actual brewing process and not added as it’s pushed through the line. “We use a higher pressure than these other lines and double the amount of nitrogen and that’s how you get that crema, that sort of cream on top. It’s a really cool thing,” he says. Ground Connection also has a regular cold brew which is brewed for 18 hours in the refrigerator.

As for the food menu, owner Scott Gillman has been in the restaurant industry for years, probably most well-known for Smashburger, of which he opened 18 locations in 37 months before selling. He took some of the concepts from that and combined those with what he loved about coffee. Jersey City is their third location, with the original in Hackensack, NJ and the second location in Livingston, NJ.

Ground Connection is “founded on trying to do something excellent with a simple idea,” says Alex. They try not to use many processed goods. “Everything we do is handcrafted and made fresh daily. Our produce comes daily, soups are made in house, our local bread is from Central Bakery in Hackensack and baked in Brooklyn.” GC uses farm fresh milk from upstate New York and makes most of their dressings and sauces in-house. Even their chocolate and caramel sauces are made from scratch.

The menu consists of salads, cheeseburgers, avocado toasts, sandwiches, soups and is expanding into frozen yogurt. “It’s a mix of everything,” says Alex. “We kind of wanted to open our arms and please everybody.” Considering that Ground Connection is connected to an office building, that was an obvious decision.

And as they are open until 10pm, Ground Connection hopes to build more of a local presence in after-office hours. Alex notes, “We’re trying to grow the community here, to give people a taste of what really great, carefully roasted coffee is, as well as fresh food.”