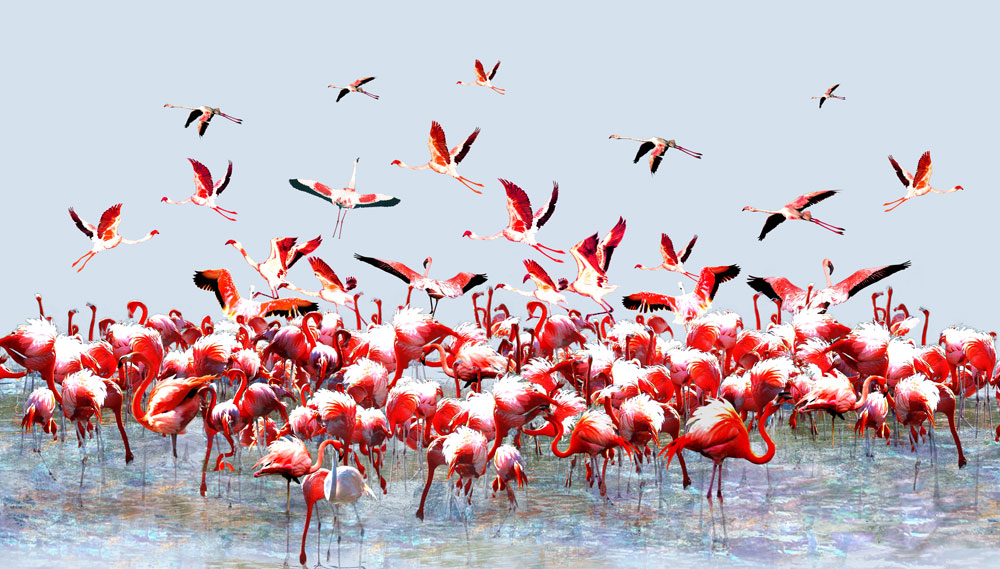 Whatever your goals are, my advice is to pick one thing and achieve that. You cannot do 10 things really well at once. But YOU CAN do one thing really well if you focus on that for life-improvement. Once you’ve mastered the first goal, tackle something else. Keep it simple.

There is room for improvement throughout the year. Here are some Jersey City spots that will empower you to achieve in 2018.

Jersey City’s newest and coolest Newark Avenue hangout is the Pet Shop Bar (and really was a Pet Shop in its former life).

“We were toying with the idea of renting a couple other places in the area and just keeping their names,” says part-owner and head manager Dave Rappaport.  “We almost rented Beauty Land and were going to call it ‘Beauty Land.'” 99 Cent Dreams and Pharmacy were also in the running, if he and partners Shen Pan and Eric Speck secured those storefronts.

When the three men, who know each other from being longtime Jersey City residents, secured the Pet Shop space, “We would joke about it. Like; ‘Let’s hang lots of animal pictures on the walls,'” which are very much there now, IRL.

“I think the common thread between all of us is we like really good rock ‘n’ roll, cheap beer and dive bars,” says Eric. Although he admits, “We didn’t really make a dive bar—it’s not dive-y—but we still appreciate those things.”

Pet Shop bar is definitely not a hole-in-the-wall, but it is very comfortable and welcoming—a solid neighborhood spot. “Originally we were trying to open a live music venue, but we couldn’t find the right money and the right space at the right time. It’s a shame because this area needs it,” explains Eric. “And then we found this place that had been a completely disgusting pet shop for, like, 40 years and we were like ‘Well, let’s just call it Pet Shop. I can show you a picture of how disgusting it was.” Readers, just take my word for it: pre-renovation pics were not pretty.

The bar’s logo, an empty bird cage with a bent bar, was designed by Dave Rodriguez. “The birds escaped,” says Shen, explaining that it symbolically represents the three men trapped in their day jobs and deciding to break free and pursue passions of their own.

Opening Pet Shop was a rookie venture [shout-outs for everyone in the community that helped them…pet-shop-shoutout]. As for experience, Shen worked in his parents’ liquor store, Eric used to bartend and book acts for music venues, and Dave is a former math teacher (numbers!). The actual expertise of running and managing a bar arrived with Bar Manager Lindsay Gomeringer, who hails from years of experience, notably at the Brass Rail in Hoboken.

“We didn’t understand the complexity of all the responsibilities it takes closing down a bar at night,” says Dave. “And making cocktails.” The cocktail list has a reasonably priced variety of bevvies (“We didn’t want a cocktail bar, but we wanted cocktails available,” says Shen), and the beer selection is “kept in the lower numbers,” says Eric, “because sometimes picking a beer can be overwhelming.” At Pet Shop, you’ll find a variety on tap: craft brews like Allagash White , middle men like Sierra Nevada, and basics like Coors Light.

Using the name Pet Shop, though, had some setbacks when it came to the menu. “We were originally thinking of having a barbecue theme, but eating animals? That would be in poor taste,” laughs Dave. So the trio and co. crafted a vegetarian bar menu. What does that mean? In my words, it’s bar food re-imagined. Instead of wings, you get buffalo cauliflower; a “pulled pork” sandwich is jackfruit marinated in BBQ sauce and topped with vegan coleslaw.

The guys auditioned quite a few chefs and were “pretty sold on somebody else” when Eric McGuire came along. “Chef Eric blew us away,” says Shen. “He really changed our minds.”

Eric Speck elaborates: “Every chef came in and did what they do, what they were best at. Eric came in and asked a lot of questions and really challenged himself, trying things that he hadn’t done before. He created his menu to our business plan. We were also sold on him personality-wise; he was cut from the same cloth. He understands the rock ‘n’ roll vibe. He fits our scene. It was a natural choice.”

In a few weeks, Pet Shop will open up its downstairs biodynamic wine bar, named P.S. (a play on “post-script” and an extension of Pet Shop). “At first I thought ‘natural wine’ was just a thing you say to charge an extra few dollars,” laughs Shen, “but once Chris Leo (wine importer and sommelier) educates you…”

Eric chimes in: “The rules of production for biodynamic wines are super strict, more so than just organic wines, which can still have tons of chemicals and all sorts of additives.” The grapes in Pet Shop’s wines come from co-op vineyards in Italy and Spain. “The wine tastes fantastic, and you don’t get hangovers,” says Eric. Dave and Shen look at him in disbelief. “What?!” says Eric.  “I tested it. The wine is better for you.” Downstairs will be seating-room only to encourage conversation.

Shen says Pet Shop Bar aims to be a Jersey City staple. “We want this place to be around for at least 20 years.”

Adds Eric, “We’re really excited. I feel like we’ve accomplished our mission and we have a really good bar. It’s kind of…cool. Yes, I said it. The Pet Shop Bar is kind of cool.” 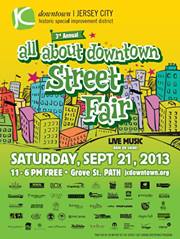 This Saturday, September 21st, is the all-out awesome All About Downtown Street Fair.

Stroll up or down Newark Avenue (between Grove St. and Jersey Ave.) to soak up live music, nosh on noms, sip adult bevvies, and shop from 11am-6pm. There will be over 100 local vendors, and plenty of fun activities for the kids, too.