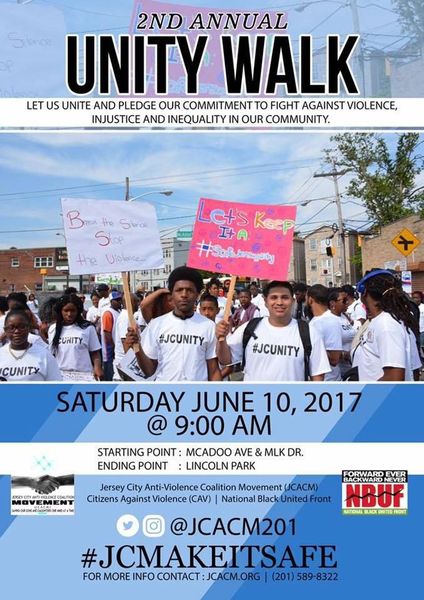 Pamela Johnson, the director of the movement, started the walk in 2016 to raise awareness that violence in Jersey City increases during the summer, year after year.

The walk begins at the corner of McAdoo Ave. and Martin Luther King Drive at 9am, and ends at Lincoln Park, where there will be a picnic, games, live entertainment, informational booths, and crafts.