Last week I had the chance to sit down with Mr. AbiLLity, and this is what transpired. Enjoy!

JCG: How did you get into this?

Mr. AbiLLity: As a kid, I loved to draw and still do.  I got into painting a year and a half ago, trying different styles, and really got into spray painting. I like having a can instead of a brush. For the most part, I like to draw in pen, occasionally marker, and ya know, spray paint here and there (laughs).

JCG: You have a lot of work around here for only working a year and a half.

A: Whenever I go out, the plan is never to do one piece, it has to be four or five.

JCG: Why the name Mr. AbiLLity?

A: Before I started doing street art, I rhymed (and still do) and my rhyming name was AbiLLity. To me, the highest compliment is saying something is “Ill,” so I wanted to put that in my name. I was looking through a thesaurus thinking about how to tie “ill” with “skill.” Ability is a synonym for skill, and there you have it: Mr. AbILLity.

JCG: You have a lot of words and images. What would you say is your overall message? What are you trying to do?

A: If I had to sum it up, I would say it’s “Follow your dreams.” I think the number one problem in the whole world is that people don’t follow their passions. People do what they’re supposed to do: get a job, get a place. You have those things in mind that you want to do but never do. And then you have an emptiness and become bitter. It’s people like that that F the world up, because they’re not following their dreams, man. People following their dreams aren’t f-ing shit up.

Hoboken, This Weekend in Jersey City 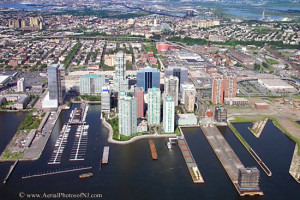 The weekend’s back. What’s JC doing?

Artbeats official opening! People are encouraged to swing over to City Life (125 1st St.)  from 7-10pm for a painting session and a live band. BYOB.

Put the Art in Heart Art Show. City’s Dream Gallery (446 West Side Avenue) plays host to the art of graffiti artist Mr. Abillity. There will also be live jazz and a street scavenger hunt. 8pm. 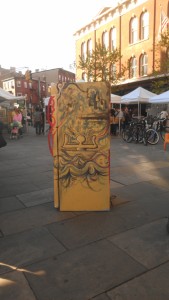 The Reservoir will be open from 10 a.m. to 4 p.m. for fishing and using the trails. Enter at the Jefferson Ave. gate between Central and Summit.

“Left To My Own Devices” Art Opening Swing by White Star (230 Brunswick St.) to view Lisa Cusolito’s glass and spraypaint multidimensional mosaics at 8pm. (This event was moved to June 22nd due to bad weather on JC Fridays’ June 7.)

Art House Productions presents “Font of Knowledge” at their theater (1 McWilliams Place). Tickets are $25 for VIP seating, $18 for GA, and $12 for students and seniors. Purchase here.

Mindfulness Meditation. From 9-10:30am, join others in the community for a morning meditation session at Yoga Shunya (275 Grove St., 3rd fl.) Small donation suggested.

The Reservoir will again be open, this time offering kayaking from 11am-3pm. All supplies are provided on a first-come, first-serve basis. $5 suggested donation. Enter at the Jefferson Ave. gate between Central and Summit.

Free Health & Wellness Expo hosted by 4NBC and the New York Giants will be held at MetLife Stadium. Hang with Ely and get your cholesterol checked! 11am-6pm. Other info.

Let me know what you plan to do or did this weekend: tweet @jerseycitygia or email me at jerseycitygia@gmail.com